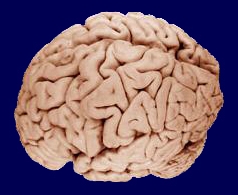 [/caption]
Cerebellar ectopia is a brain condition where there are abnormalities to your cerebellum. This is the lower part of your brain. Cerebellar ectopia is marked by the lobes at the base of your cerebellum pushing through the hole at the base of your skull. These lobes are referred to as the cerebral tonsils. The hole at the base of your skull is known as the foramen magnum. The foramen magnum is the hole through which your spinal cord passes so that it can connect to your brain. It does this by merging with the lowermost section of your brain, which is the medulla oblongata. When your cerebellar tonsils protrude through (herniate) your foramen magnum, you may have various medical problems and complications. These will vary in their severity. The thing that determines the severity is the extent of your protrusion. When the extent of the protrusion is severe the condition is known as a Chiari malformation. This condition is named after Professor Hans Chiari, a German pathologist. He first described this malformation in the 1890s. When the extent of the protrusion does not meet the guidelines for a diagnosis of being a Chiari malformation, the condition is referred to as cerebellar ectopia. Even though cerebellar ectopia is not as serious as a Chiari malformation, it can still result in problems and complications that may lead to your disability and not being able to work. Cerebellar ectopia is caused by the area of your skull that holds your cerebellum being too small or deformed. When this is true, it presses and crowds your brain. It forces your brain downward. Cerebellar ectopia is a congenital birth defect. What this means is that it was present when you were born. What causes this birth defect to occur has not yet been discovered. Researchers have theorized that a problem that takes place during development in the womb may be what causes the malformation to develop in your brain. In some instances of cerebellar ectopia, you may not have any signs and symptoms of the condition until you reach adulthood. In other cases, you may have neurological difficulties that begin in your infancy. As time passes, these problems may become more visible and apparent. The signs and symptoms that you experience with cerebellar ectopia may vary from person to person. These signs and symptoms may become worse with the passage of time as a result of buildups of pressure. There are several different signs and symptoms that you may have with cerebellar ectopia. Some of these include: ?  Poor hand coordination ?  Stiffness or pain that occurs in the back of your neck or head ?  Dizziness ?  A decrease in the strength of your arms ?  Numbness and tingling that takes place in your hands and feet ?  Rapid eye movements that go back and forth ?  Difficulties with your balance ?  A double or blurred vision ?  Problems with your breathing ?  Delays that occur in your development ?  A slurring of your speech ?  Headaches ?  A decrease in sensation in your arms and legs.